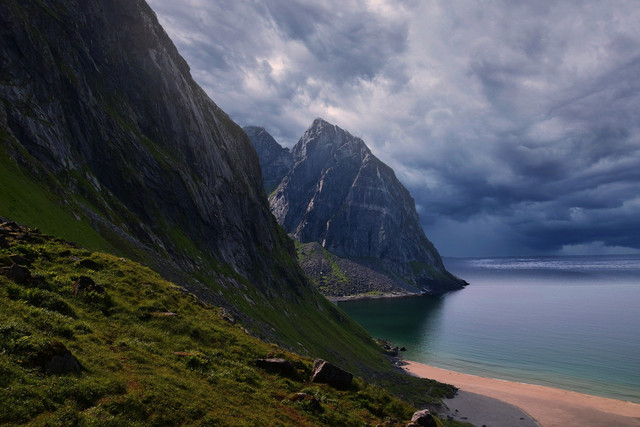 Why you should choose remix

Why did I choose remix for this site?

I sometimes hate working on personal websites. I just took wordpress, installed a nice looking theme and wohoo! I finished my website. Lately my thoughts about having a personal website shifted. I am now thinking about my personal website as a project which can be used to test out things and create great tools.

I am a professional React developer who never used serverside rendering before. I tested out next.js once but did not dig further into it, because I did not understand the usecase. I was not very experienced at that point. Now I entered react conf and learned about some nice features React 18 will provide regarding Server Side Rendering and I thought, maybe I should give it another try.

At the same time, I read about Remix on the website of the wide known Kent C. Dodds and I thought it might be fun to test out a newly released framework for my website. You can check him out here.

What makes remix special (at least for me)

When you choose to use remix in projects, you will just save much code, because frontend and backend code are in the same project and the whole application is loaded super fast before a user can use it. This might sound like a disandvantage and it can be in cases where you need to load tons of data, but in most of the cases, its not. If you have to handle very much data, you can use caching systems like Redis to prevent the application from spamming requests to the database or other linked services.

Normally if you fetch data, you have some kind of mutations or service calls in the frontend. You also have to show preloaders or other loading indicators, but you don't have to, when you use Remix.

How did I get started?

Coming from client side rendering, I first had to wrap my head around server side rendering and making database calls basically in the same files as the JSX is in. A good read is the Technical Explanation directly in the docs, which explains how remix works in depth, you should give it a read. After that I would just follow one of the tutorials like the Developer Blog. Out of such a tutorial my website, where you are currently reading this, happened to be created.

Other than in normal client side applications, the data loading does not happen when the component is mounted or rendered. The loading happens before the app even gets shipped to the user. As I mentioned above, all data is getting loaded, before the site renders for the user. Here is a small example I stole from the Data Loading documentation:

As you can see, we are defining a loader which is exported . This loader cannot be named differently. It is basically the thing which gets called, when you make a GET request to this site. In the react component below, we can just call the hook useLoaderData() to retrieve the data which is loaded in the loader without having to set a preloader, because it is loaded before the application is shipped to the user.

Testing at the point of writing is a bit hard in my opinion, because we don't have some kind of @testing-library/remix package. But there are some ways to test your application. As you can see above, the loader is just a exported function. This makes it super easy to test logic:

We just import the loader and run our tests on it. Super easy, right?

The rest of the logic can be tested with proper end to end tests.

If you would like to try out a nice and fast serverside rendering react framework, you should give remix a try. The recent versions got so much better, because several bugs got fixed.